​Small signs of water damage can lead to big problems 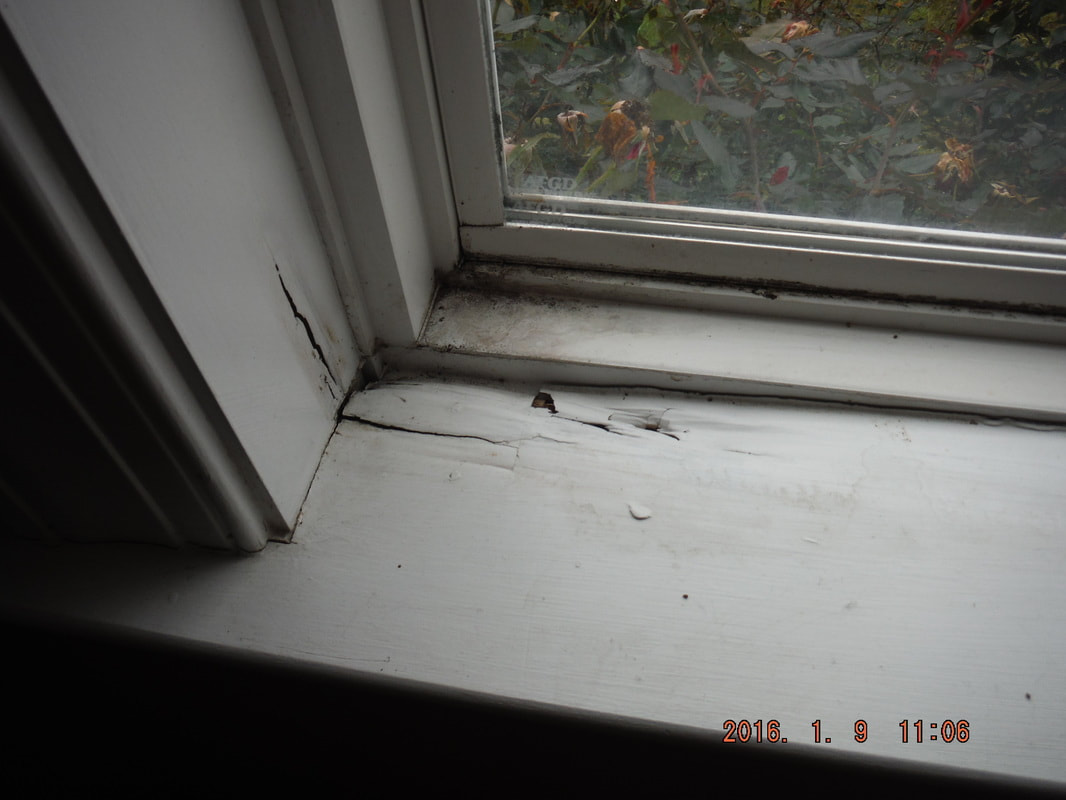 ​We had a homeowner contact us about a leaking window. When we arrived, this was all that could be seen, but it was enough to know that there was some water damage. The big question is how much damage is there that can't be seen. Well that is where we come in. It was our job to determine the cause and extent of the damage. This is what we found. 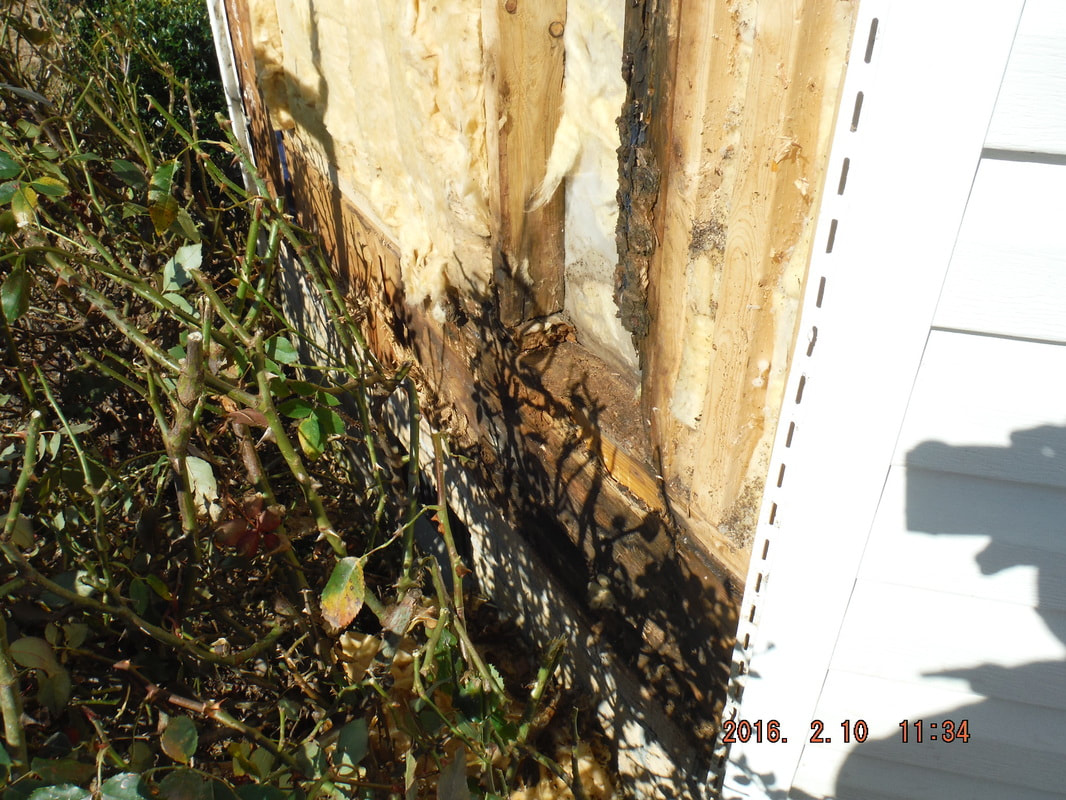 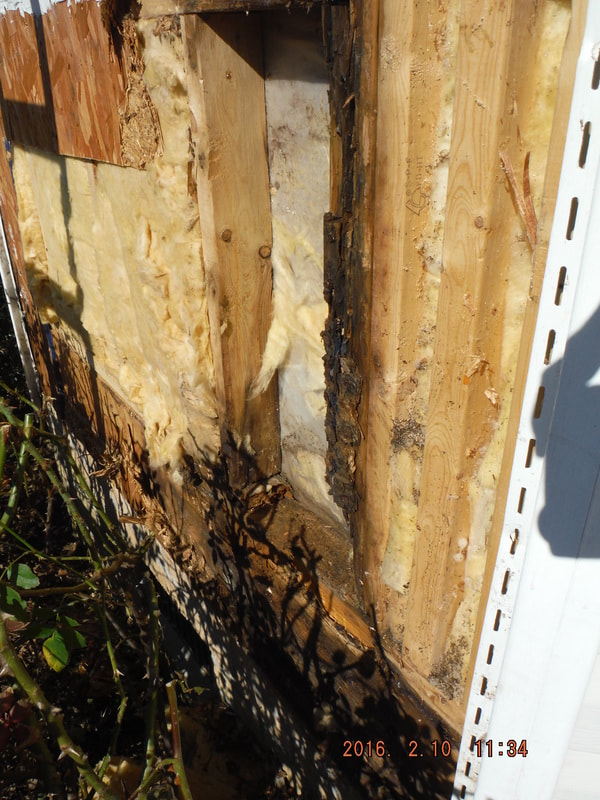 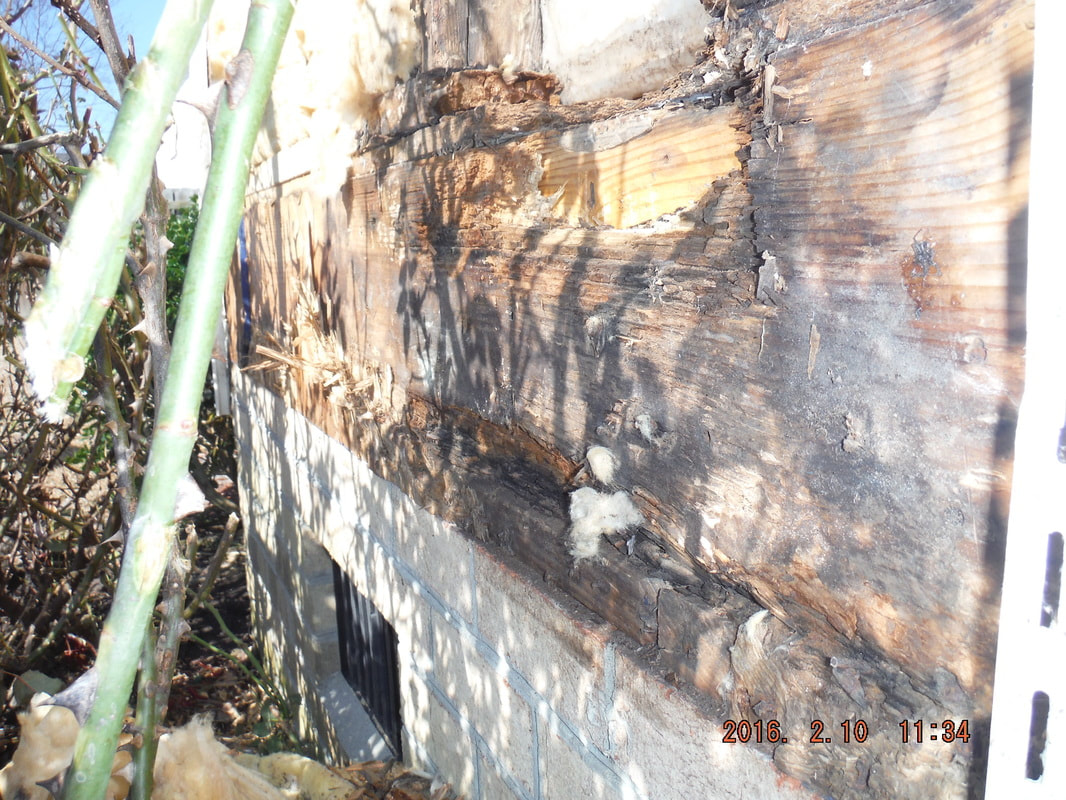 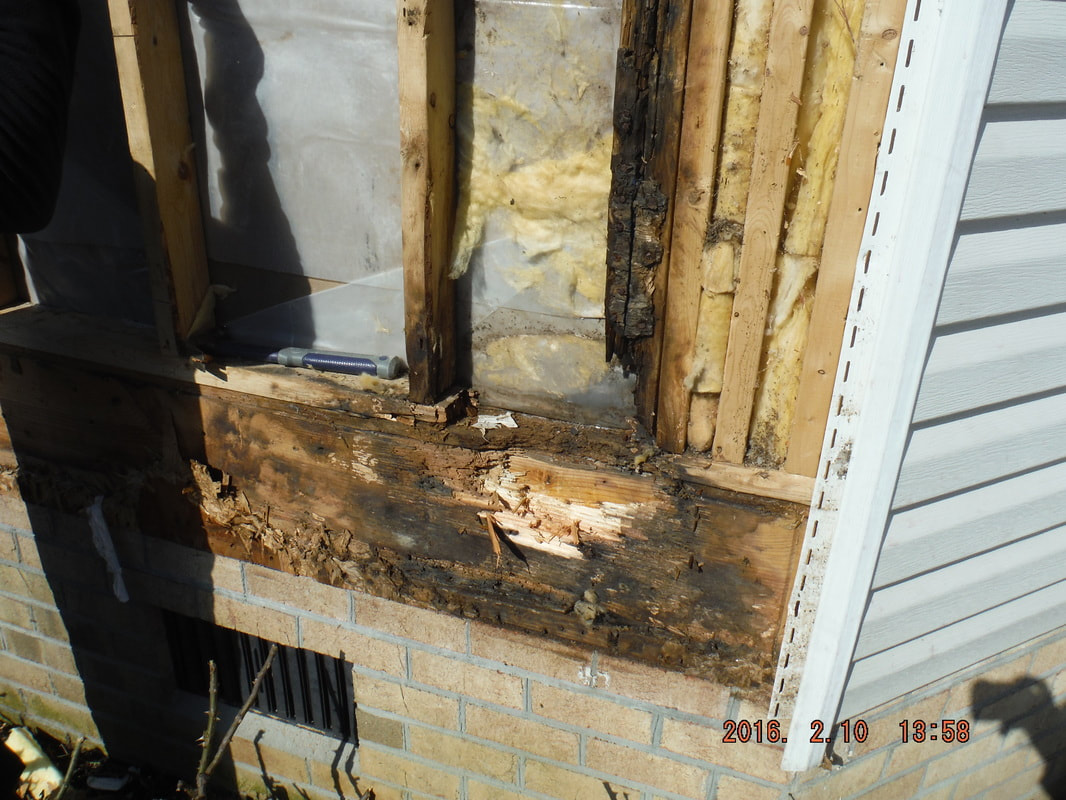 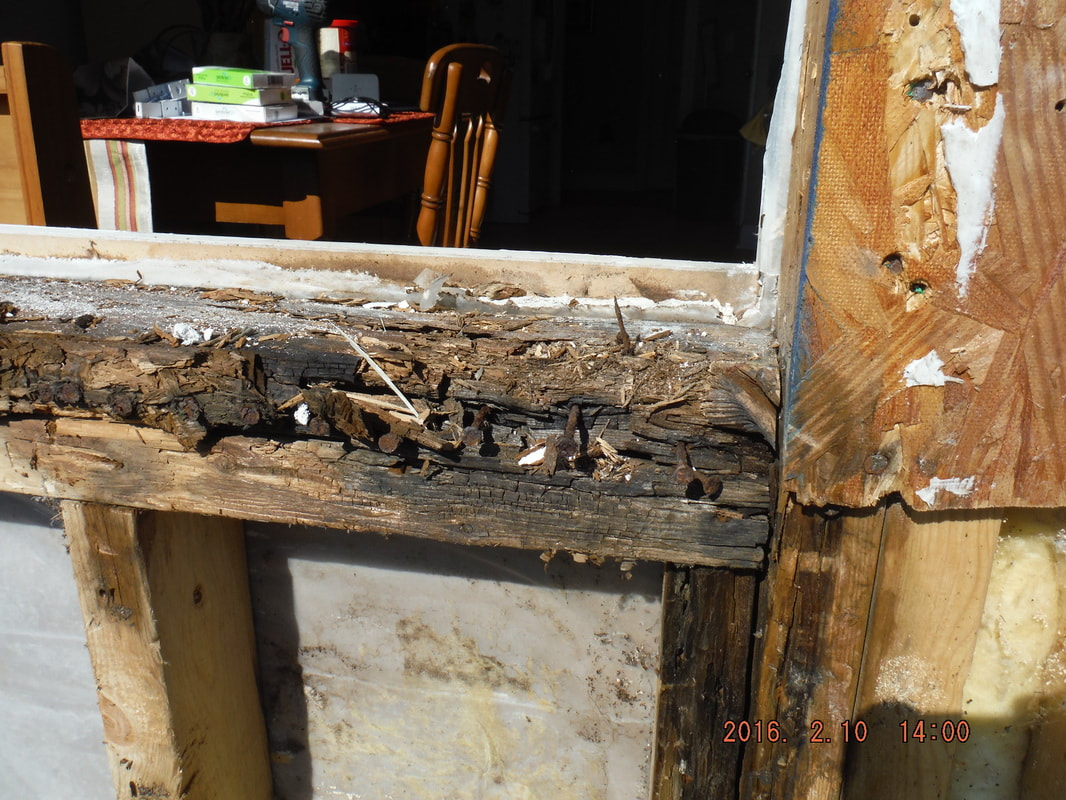 ​ The picture above is the bottom of the window framing- or what was left of it. As you can see, this has being going on for awhile. There were two problems. The main problem was a seal failure in the window itself. The second problem was the original installation technique. When the window was originally installed when the house was being built, it was just nailed in place with about 10 or 12 nails. 10 or 12 nails are not sufficient to hold a 150lb picture window in place securely. As you can also see from the pictures above, there was no flashing installed. The window was simply nailed in place and the installer smeared silicone caulk around the window flange- BAD IDEA... 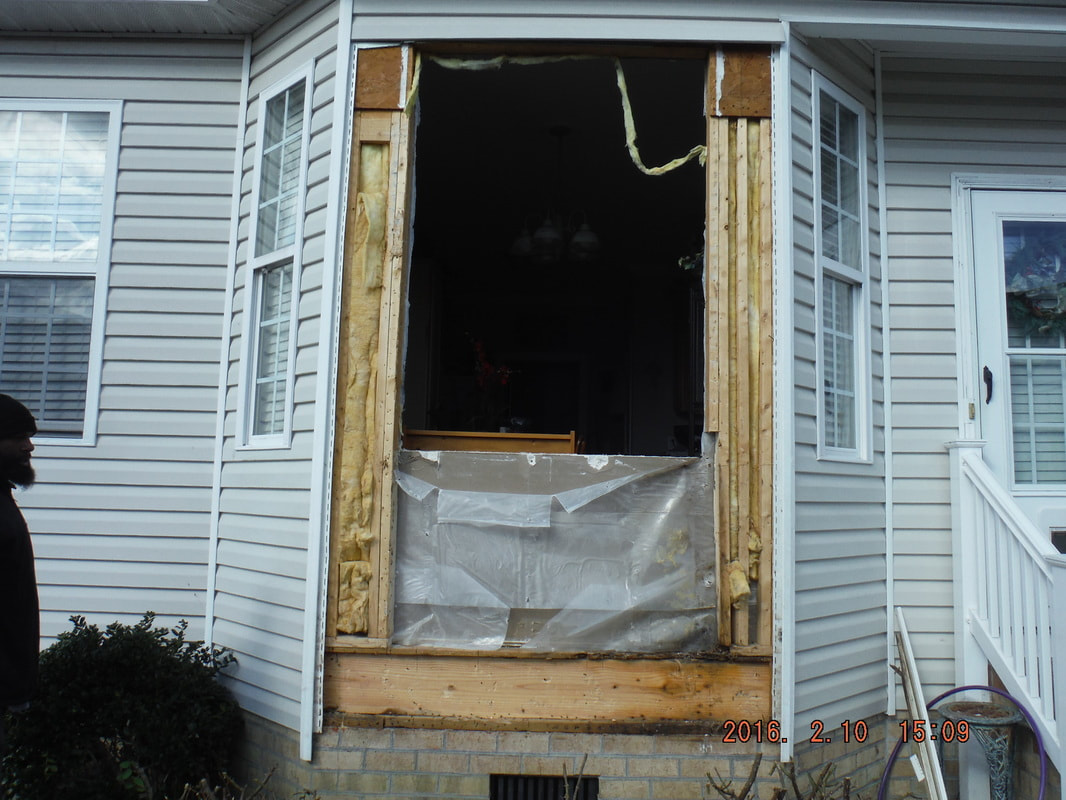 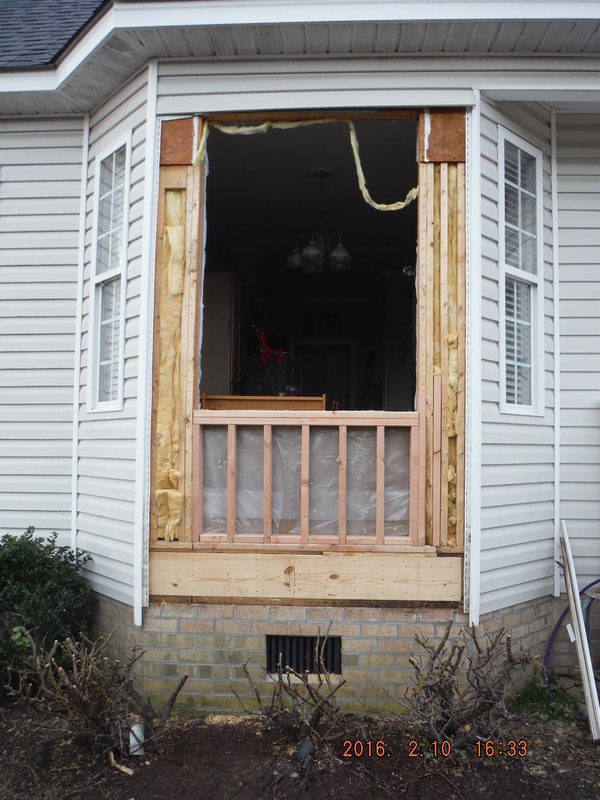 ​Notice how much more framing is here now compared to what was here originally. When you are installing a new 150lb picture window, it is important to provide more support. 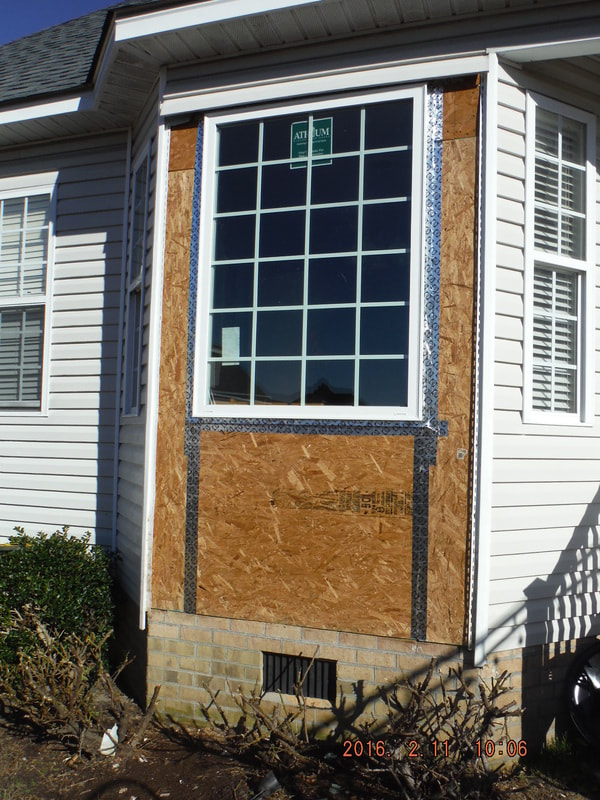 ​So next, we flash the window opening, install the new window, secure the window properly, and flash the flange also. Some will argue that this is overkill for flashing. Personally, I would rather use too much flashing than not enough. As you can see, we also flash the gaps in the sheathing.

​And here is the finished project. We re-installed the insulation board and vinyl siding just like it came off, so it does not look like it has ever been repaired. We also fabricated and installed new extension jambs and window stool for the interior. And if you have to have a repair such as this, I think most people will agree that they want the end result to look as if it had never happened.


If you think you may have some wood rot or water damage, please contact us for a free estimate.